We are sad to say farewell to our “small” city of Nanning (40th largest city in China but would be 3rd largest in the US!!) and our magical “Narnia” behind our hotel.

We have good memories at breakfast where we started each day drinking tea, eating wonderful food, and feeding our little one. Also, it’s when we try to face time the kids or at least text them. Oh, we miss all of you kids!!

It has been  a gift to be here and have a little break as “head chef” at the Ward farm.

While he slept an hour after breakfast I wrote a blog post.

When he awoke we headed out for a walk to keep the crying to a minimum since he prefers being out of the room as I have mentioned before.😉 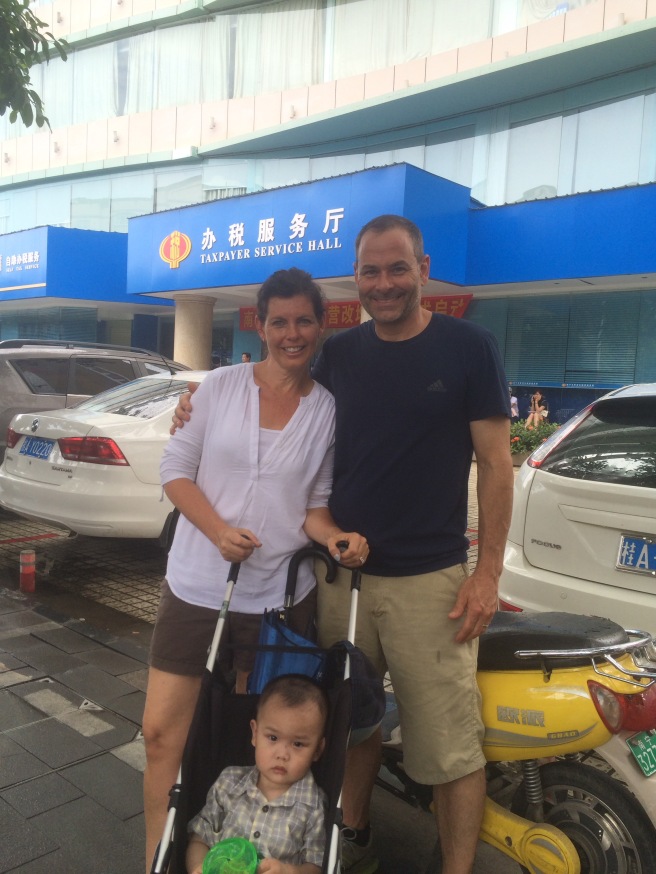 This time our walk or fairy land that awaited us was the open air “market.”  It was such a raw experience for us tourists to see with all of its sights, sounds, and smells.

The temperature here is the stickiest and warmest I can ever remember being in. My closest memory is of South Florida in the middle of summer at grandparent’s house.  Having said that, we needed to hurry back to the hotel to shower off the sweat and to pack!

Then a new guide came to take the place of Amby.

She was wonderful and spent a lot of time helping make stops for more paperwork (will it ever end?) and getting us to the train station on time!

As you can see we packed “light.” And we had haul all of this up about 5 different sets of stairs. We need another shower now!

Well, a half hour later as we looked out over the countryside…

a Chinese man helped himself to Theodore’s train seat next to us. We had to purchase 3 seats since he is over age 2.

I of course was holding our crying little one so Theodore wasn’t using his seat. But honestly I selfishly wanted the seat next to me open to have a little space. Had I insisted he not sit there then I would have missed one of my favorite moments in China.

He reached for my crying baby and I was surprised Theodore willingly went to him. Then he began singing to him and speaking to him in Mandarin (even though the baby’s language is Cantonese, but close enough I guess!) and then in his best English he said over and over “You will be ok baby. Mother . Father. Love you.” And then to us “You vewy cool! Mother father vewy cool!” With a thumbs up gesture. 😄

Then, three or four times over the next hour he says to us “I tank you. For caring for one of our people. On behalf of all Chinese, I tank you.” And then he starts weeping.

A GROWN Chinese man weeping right there on the train. Weeping that we are adopting a needy child from his own country. We didn’t see that one coming. 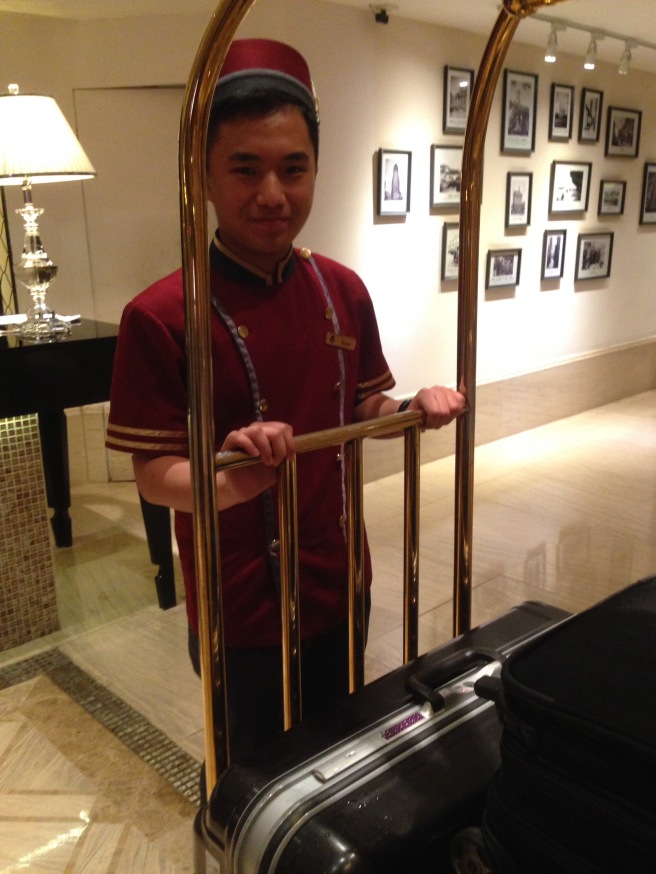 We fell into bed at midnight.  Thankful for our “new” home here on Shamian Island in Guangzhou.

Trivia question:  What ranking is Guangzhou as far as population of cities in China? ( example 11th largest) – no peeking in google (which is illegal here by the way!) 😉 Leave your guesses  in comment section!