Blake and I began our day at 1am. It felt like an eternity before it was time  to wake Theodore up from sleeping. We were so grateful that he slept so well!

I was so anxious to get him up and get to know him more.

Our first adventure for the day was breakfast. 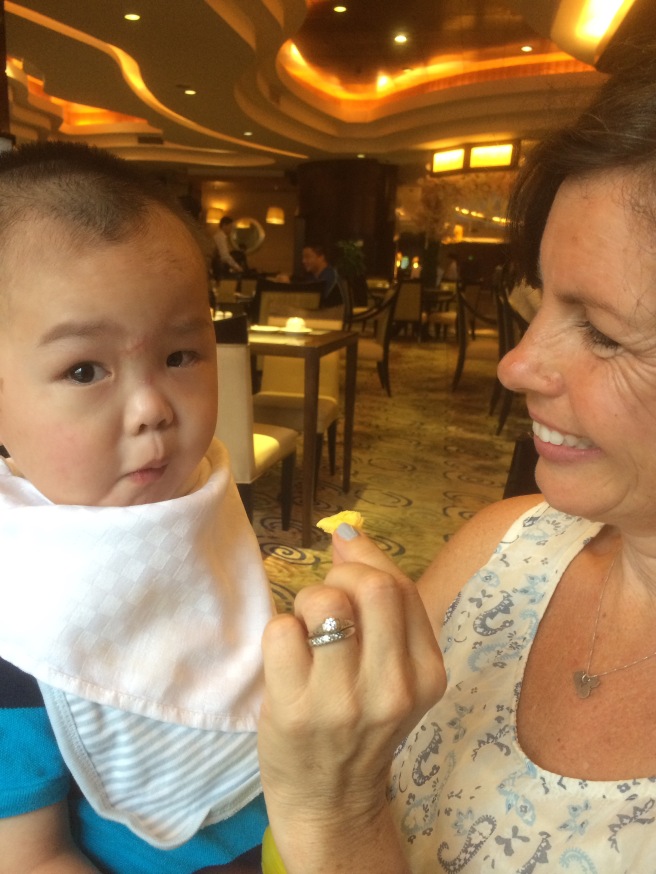 He ate great! Then it was time to hurry off for our paperwork appointments.

The first stop was to a government building for notarization. 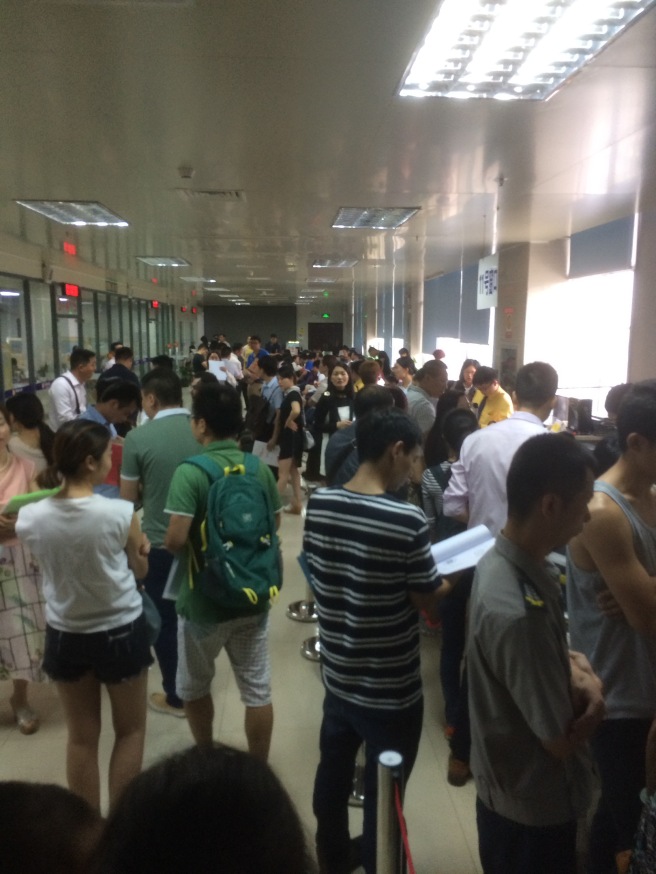 We didn’t have to wait with the masses.( The masses were all there to get a notary to sign for them to buy at apartment.) Thankfully, our guide ushered us right in.

With Amby, our fabulous guide, we were able to understand everything since he was our interpretor. Then we were asked some questions about our intentions of adopting and we signed a whole lot of papers.

And then we went to a building to pay after we left the notary.

Next we left there and headed over to the place where just 19 hours earlier we picked up our little one.

We were very nervous because the orphanage worker and director were to meet with us for this next step. I was thankful for a chance to ask some questions but dreaded Theodore having to see them again. Plus  my heart aches for the workers as they grieve him leaving.

Theodore never cried. He clung to me, but he did begin speaking to them in his language and came to life for the first time (other than the brief bubble incident).  I can’t wait for the day he does that for us.

Next we went in to meet with a lovely lady that appeared to be very official.

She asked us questions such as:

*Do we find him suitable and want to keep him? This is when I said she d have to take my arm before we’d give him back. 😁

*What degrees of education do we have?

* Do we promise to never abandon him?

*Do we know other adoptive families with Chinese children?

*Why adopt from China?

Our fabulous guide was our interpreter again and as he would answer she would say “awe…. ” And smile and nod as if she was so proud of our intentions.

Then the signing began: 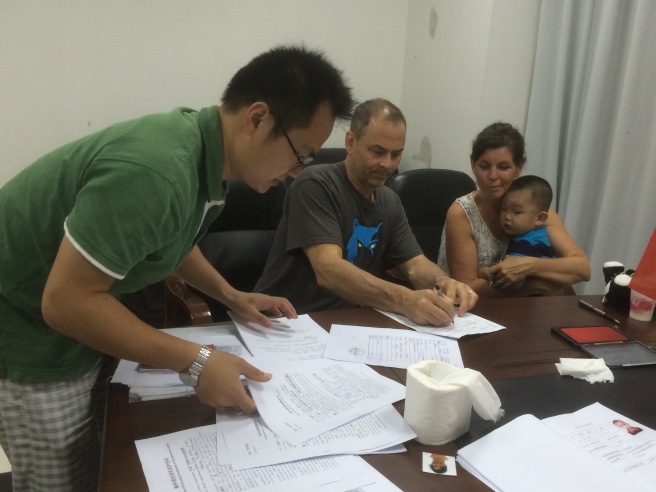 And the thumb printing – we placed a thumb print in red ink on each page we signed:

Then it was Theodore’s turn and this caused him to cry for the first time today. But he only cried a few seconds since the orphanage workers began speaking in Cantonese which quieted him down.

Next we were free to ask any questions that we had about Theodore’s life in the orphanage such as:

*How did his head get hurt?

*What is his schedule?

* Does he  take a bottle? Or a sippy cup ? (Answer is both including a regular cup.

*Does he sleep in a crib?

I could have spent the rest of the day asking about every last detail of his life, but we were interrupted by the ceremony that needed to happen.

And once again I begin to cry- the “official” lady probably had her doubts about me at this point since she has seen me crying so much.

We were joined by our new friends that were on our airplane, Scott and Sharon from Georgia. 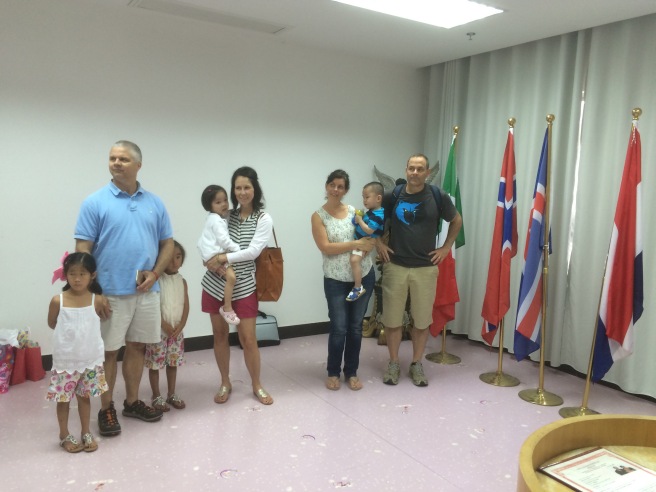 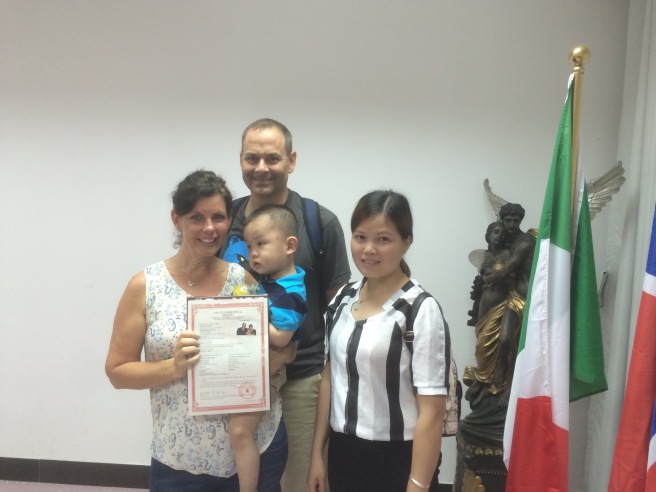 Notice Theodore has not let go of his prized sippy cup for about 3 hours now. This is the director of the orphanage with us.

Before leaving we gave her our orphanage gifts that Allie (one my wonderful CC students this year) donated for us to bring .  And we gave presents to the workers that we brought.  To our surprise they gave us a “baby” book of sorts of Theodore’ s life in the orphanage- he came there at the time he was abandoned at about 3 months old.

And then it was over –

Well until Blake noticed NBA on in the lobby and asked if we could stay and finish  the game.